Since Bethenny Frankel and her daughter Bryn enjoy cooking together, it was no surprise when the mother-daughter team hosted an early Thanksgiving celebration on November 20.

Bethenny documented Bryn making “fresh cranberries with ginger, blood orange, [and] agave” as part of their “own little Thanksgiving” preparations.

A salad, a sweet potato casserole with marshmallows, an air-fried turkey breast, and a “small pan stuffing [with] chicken sausage, four varieties of mushrooms, an incredible bakery whole-grain bread, [and] herbs” were also included.

Bethenny reported that “[Bryn] claimed it was the finest turkey she had tasted.”

Bryn seemed to say, “We never made Thanksgiving dinner together,” and Bethenny retorted, “Nope, this is big,” as they sat down to eat.

Bethenny revealed her daughter’s prowess in the kitchen in 2020, calling her “an fantastic cook” in an Instagram Story.

She remarked, “This is Bryn’s recipe,” as Bryn worked diligently on a homemade crêpe. There is no connection to me,

Bethenny and Bryn spent this week concentrating on Thanksgiving, but Bethenny has been getting ready for another holiday since last month.

She noted that she spent $800 on her “painfully early” Christmas shopping excursion to HomeGoods on October 20.

She explained, “We start very early because we take Christmas very seriously. Please don’t judge me.” 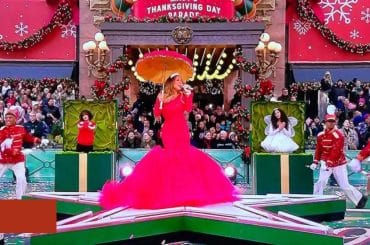