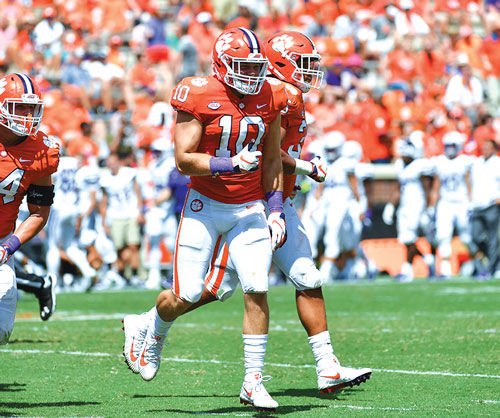 On October 20, 1998, linebacker Baylon Spector was born. He plays for the Buffalo Bills of the National Football League. (NFL). He participated in collegiate football at Clemson. Spector redshirted his first year as a true freshman and played for the Clemson Tigers for five seasons. The Associated Press named him All-Atlantic Coast Conference after his redshirt junior season, when he led the team with 72 tackles and 4.5 sacks.

Baylon Spector has no children of his own nor has he adopted any. He is focused on his career and might make time to start a family of his own soon.

Spector was the Tigers’ second-leading tackler with 85. He finished his college career with 210 tackles, 22.0 tackles for loss, 9.0 sacks, four forced fumbles, four fumble recoveries, and one interception in 53 games played with 21 starts.

Baylon Spector played every position on the field for Georgia’s Calhoun High School, including linebacker and quarterback.