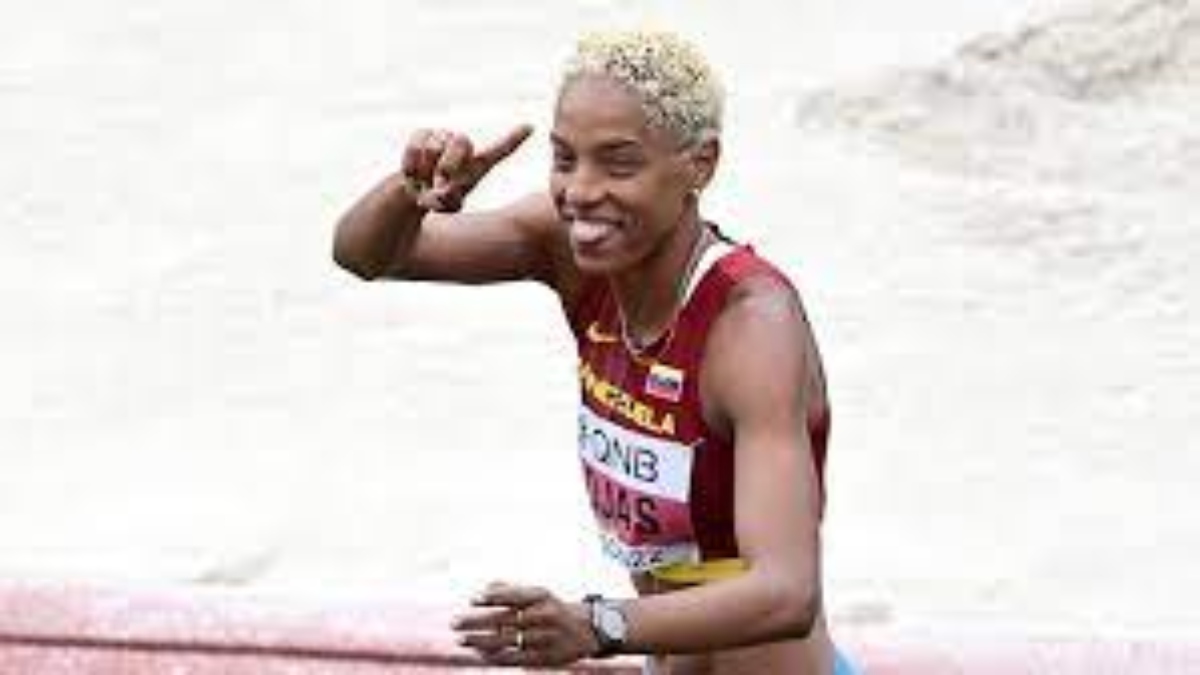 The Olympic champion, Yulimar, posted 15.47m on her second jump to beat Jamaican Shanieka Ricketts by 0.58m. Rojas shattered the world record by jumping 15.74m at the World Athletics Indoor Championships in Belgrade in March. Rojas has set a goal to breach the 16m mark but after whipping up the crowd for her final attempt on Monday she finished well short.

After winning in Oregon, Rojas said “It still hasn’t sunk in yet, this is a special competition for me,” “I came to get closer to my world record. The wind affected my run-up. “I tried to adjust but the most important thing was to win the medal and stay consistent over 15m.” “I have gone through a lot and I am happy that I am finally competing to the best of my ability. It is so tough right now in our event because Rojas is just an amazing jumper.

The 26-year-old three-time world indoor champion Rojas began with a 14.60m jump and leaped 15.24m and 15.39m on either side of two fouls. Tori Franklin claimed the United States’ first world medal in the event by taking bronze with a jump of 14.72m.