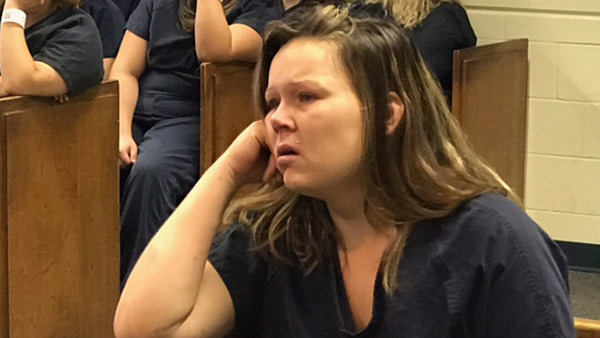 Prosecutors charged an Ohio woman with involuntary manslaughter and child endangerment after her 6-week-old died as a consequence of co-sleeping almost a year to the day that another kid died at 6 weeks old as a result of co-sleeping.

Following the death of the first baby, Brooke Hunter was cautioned about the hazards of co-sleeping, according to Amy Clausing, an assistant prosecuting attorney with the Hamilton County Prosecutor’s Office, in a statement.

“Because of the prior incident, the Hamilton County Coroner’s Office ruled the second child’s death a homicide,” the statement said.

READ ALSO:  'Heaven FC' with Maradona and Pele together will be invincible - Mesut Ozil

According to the American Academy of Pediatrics, around 3,500 newborns die each year from sleep-related causes in the United States.

According to the National Library of Medicine, the number has dropped significantly since the 1990s, when “national initiatives to promote newborn safe sleep, primarily through the Back-to-Sleep campaign” taught caregivers about child safe sleep.

The American Academy of Pediatrics opposes bed-sharing in addition to suggesting that newborns sleep on their backs on a level surface with nothing in the crib or bassinet until the age of one.

“The AAP understands and respects that many parents choose to routinely bed share for a variety of reasons, including facilitation of breastfeeding, cultural preferences, and belief that it is better and safer for their infant,” the group says on its website. “However, based on the evidence, we are unable to recommend bed sharing under any circumstances.”

“The risk of sleep-related infant death while bed-sharing is 5 to 10 times higher when your baby is younger than 4 months old,” according to the group.