Kamaru Usman, a professional wrestler and martial artist from Nigeria, was born on May 11, 1987, in the United States. He currently fights in the welterweight division of the competition and previously held the title of UFC Welterweight Champion. Usman won the Ultimate Fighter 21 competition as well. As of August 8, 2022, he is currently ranked first among men in the UFC pound-for-pound rankings. Usman started wrestling during his freshman year at Bowie High School in Arlington, Texas. When he first joined the team, Kamaru Usman was given the nickname “Marty” because his wrestling coach at the time had trouble pronouncing his first name, Kamarudeen. He kept using this moniker throughout his amateur wrestling career. Before leaving for college, Kamaru Usman competed alongside Jon Jones at the senior national competition. He had a 53-3 record at the end of his senior season and came in third place at the Texas state championships. Kamaru Usman wrestled for the University of Nebraska at Kearney and finished in the top three in the country all three years he was there. In 2010, he won the NCAA Division II national championship at 174 pounds. In 2008, Usman helped UNK win its first team championship. Former NFL star Christian Okoye granted Usman permission to use the moniker “The Nigerian Nightmare” by trademarking it.

Usman, who was riding a nine-fight winning streak in the UFC, next faced UFC Welterweight Champion Tyron Woodley in the co-main event of UFC 235 on March 2, 2019. After dominating Woodley for five rounds, he won the one-sided fight by unanimous decision. On December 14, 2019, Usman made his first title defense against long-time rival Colby Covington at UFC 245 in Las Vegas. Despite the fact that both athletes are mostly offensive wrestlers, the fight did not include any grappling and instead featured high-paced offense in the form of striking. After a five-round “slugfest,” Usman knocked his opponent down twice before finishing him with strikes in the fifth round to be declared the winner via technical knockout, setting the record for the latest finish in UFC welterweight history. Both participants received the Fight of the Night award for this fight.

How much does Kamaru Usman make a year?

What is Kamaru Usman net worth?

Usman is said to have a net worth of around $3 million USD. 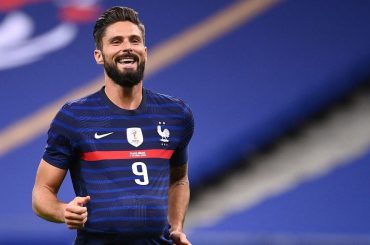