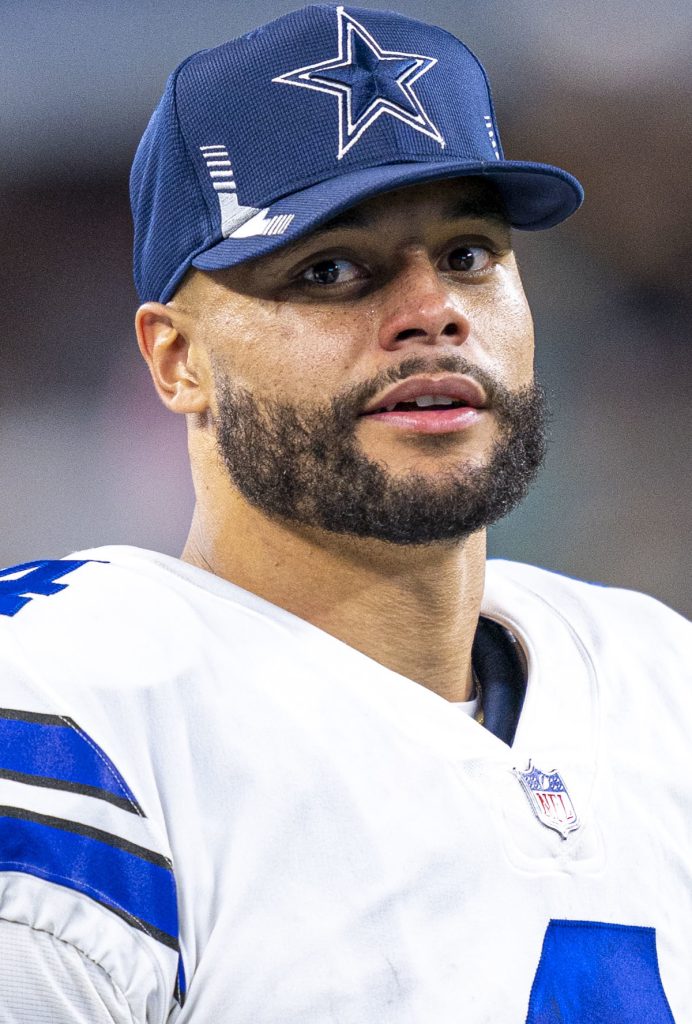 Cowboys quarterback Dak Prescott will not go on injured reserve after fracturing his thumb during Dallas’ season-opening loss to the Buccaneers. Dallas owner Jerry Jones said as much during his Tuesday morning appearance on 105.3 The Fan.

Prescott who had successful surgery to stabilize the thumb is eying either a Week 8 or Week 10 return, according to Ian Rapoport.

Jones, however, feels that his quarterback will be back on the field in some form or fashion sooner rather than later. Keeping Prescott off injured reserve leaves the door open for him to return in four games or less.

“We think he will be back out there throwing pretty quick,” Jones said, via Cowboys.com’s Patrik Walker. “That’s not being optimistic. That’s us having good surgery.”

Cooper Rush is in line to be the Cowboys’ starter while Prescott is sidelined. A six-year veteran, Rush went 7 of 13 for 64 yards after Prescott exited Sunday night’s game. He won his first regular-season start last year after going 24 of 40 for 325 yards with two touchdowns and an interception in a midseason win over the Vikings.

Rush attempted seven passes in three additional games during the back half of the 2021 season. He attempted just three passes in the regular season during his first three seasons in Dallas.

The Cowboys have one other in-house at quarterback in Will Grier, who is currently on the practice squad. A third-round pick in the 2019 NFL Draft, Grier hasn’t attempted a pass in a regular season game since his rookie season as a member of the Carolina Panthers.

He’s in the middle of his first full season with the Cowboys after being claimed off waivers last September.