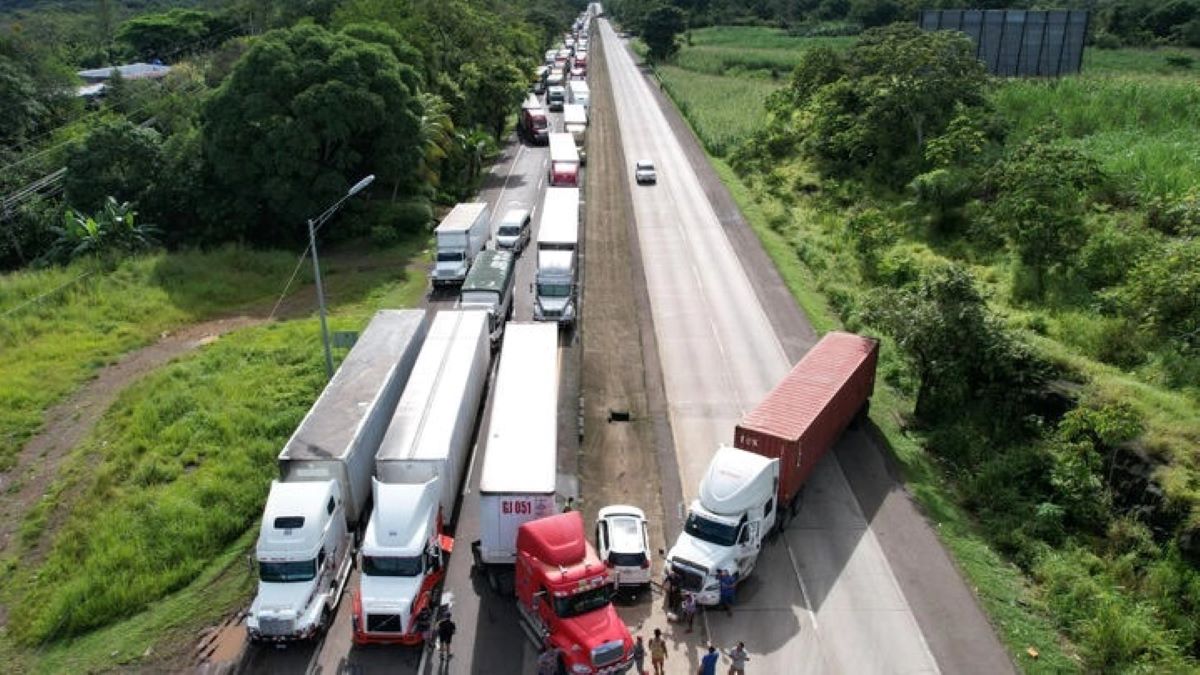 Panama’s government and indigenous leaders reached a deal Sunday to clear demonstrators from part of the Panamerican Highway in exchange for lower fuel prices, but other stretches of the strategic route remained blocked by protesters demanding more concessions.

The government released footage of the agreement being signed in a church in far west Chiriqui province, where most of the Central American country’s food is produced, and of a blocked section of the highway being cleared.

Two weeks of revolt in Chiriqui and elsewhere in Panama over high prices and corruption have made it hard to feed the country.

Despite this deal, most of Panama’s part of the Panamerican Highway, which links the country of 4.4 million people to the rest of Central America, remained clogged with large trucks and banner-waving demonstrators on Sunday.

Delegations from the government and demonstrators met again in a school in the town of Santiago de Veraguas, 250 kilometres (155 miles) southwest of Panama City.

“We ask all sides that today we be able to reach an agreement and above all clear the roads,” government ombudsman Eduardo Leblanc said at the talks.

A deal was reached Saturday to lower the price of gasoline, but the demonstrators are holding out for cuts in the prices of some 40 consumer products and medicines.

“We are keeping up the fight,” protesting farmer Juan Morales said in Capira, near Panama City.

Year-on-year inflation in Panama of 4.2 per cent was recorded in May, along with an unemployment rate of about 10 per cent and fuel price hikes of nearly 50 per cent since January.

Despite its dollarized economy and high growth figures, the country has a high rate of social inequality.

Economic woes have led to a shortage of fuel in some parts of the country, and stalls at food markets in the capital have run out of products to sell.