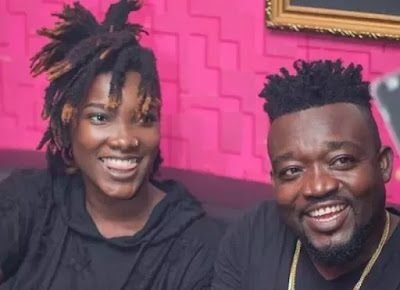 CEO of Ruff Town Records, Ricky Nana Agyemang, popularly known as Bullet has taken a swipe at Ghanaian artistes who are demanding monetary consideration from the Late Ebony’s management before they perform at her forthcoming tribute concert slated for 23rd March 2018.

Bullet took to Facebook to tag such artistes as hypocrites on the basis that they were the same artistes who vehemently proclaimed their love for the departed songstress at her one week memorial event held last month, and was therefore expecting them to perform at her upcoming tribute concert gratuitously. Read his Facebook post below:

Ruff Town Records, in collaboration with the Musicians Union of Ghana (MUSIGHA), Ministry of Tourism, Arts & Culture and Kasapreko Company Limited, will organize the said tribute concert for the late Ebony Reigns on the eve of the day slated for her final funeral rites. The event will be held at the Trade Fair Centre in Accra, and according to organizers, it is being held to honour Ebony who has contributed sufficiently to the progress of Ghana’s music industry. The artistes confirmed to grace the stage include Sarkodie, Becca, Stonebwoy, R2Bees, Edem, Kofi Kinaata, and Efya. The others are Samini, Kwabena Kwabena, Teephlow, among others.

The final funeral rites and burial service for the late Ebony will be held the following day, March 24 at the forecourt of the State House in Accra.

News
Author David MawuliPosted on June 13, 2016March 29, 2018
Tell a story of truth about your organization, products and services that inspires people, and customers will naturally connect with what you do. –...

News
Author David MawuliPosted on June 16, 2016March 29, 2018
Why would you punish yourself unnecessarily doing what you don’t love, when you know for a fact that joy and fulfilment only spring from...

News
Author David MawuliPosted on December 20, 2016March 29, 2018
When they realize you are winning, most of the people who ignored you in the beginning will show up in creative ways. – Nana...

News
Author Ghanafuo StaffPosted on December 7, 2017March 29, 2018
Akufo-Addo& Mahama December 7 is here again and this time, it’s not about elections but to remind of ourselves what happened during election 2016...

Features News
Author Ghanafuo StaffPosted on February 17, 2017March 29, 2018
Prisoner Although a correctional center, many people after been imprisoned come out changed for the worse. Some pick up the habit of smoking and...

Music
Author Managing EditorPosted on April 9, 2021April 9, 2021
Ama Nova, one of Ghana’s fast-rising afro-pop songstresses, dishes out a colourful and gripping visual for her latest single, titled “7 Miles”. Featuring an...

News
Author Managing EditorPosted on July 4, 2019
The chief of Abura-Dunkwa, a small town and the capital of Abura-Asebu-Kwamankese District in the Central region of Ghana, has offered GH₵5,000 to anyone...